Programming Concerts With A Me$$age 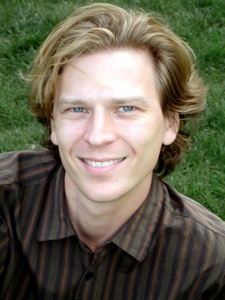 Many choral directors have something to say to the world, though we don’t often use the concert hall as a pulpit. Audiences don’t much like being preached at, though they do like being moved, and here in lies an opportunity to explore social messages in concerts. The trick to moving an audience without preaching at them lies in presenting your topic with variety and creative placement, allowing the music to comment on itself.

Take for instance, the issue of money. Many have trouble with our financial system, but because we all depend on money, and we’d all love a little more to spend, it’s a tricky topic. One of the essential questions I’d like the audience to ask is what role they play in the larger discussion of the financial system. Here’s a concert that addresses money with the concepts of variety and creative placement in mind, attempting to draw from other artists who have asked similar questions about those pesky greenbacks.

In this program, I’ve chosen to contrast “classical” choral sounds with some popular music, some audience participation, and some textural sounds that stir the ear, to encourage active involvement in the concert and feel a direct connection with the music and the message.

“Money Is You VuVuZeLa” – David Harris

“Welcome To The Jungle” – Guns and Roses arr. David Harris

Schütz drives his “Lukas Passion” with chant-like dramatizations sung by a cappella soloists. For this concert, I’ve chosen to excerpt the chant parts, which are mainly an Evangelist telling the story and Jesus speaking to his disciples, and intersperse them between other pieces. The idea is to create parallels between religious devotion and people’s feelings towards money.

“Money Is Your VuVuZeLa” opens the concert just after the first Schütz portion. In “VuVuZeLa” the audience is directed to use their smart phones to play along, which they usually enjoy. The raucous piece compares finance to an annoying noise maker used by mobs at sporting events. “Saguaro” offers a softer contrast, questioning the impact of humanity on the environment. Jonathan David’s “Tzara’s Hamlet” draws on Gibbon’s “Cries of London” by presenting soloists in polyphony who sell their goods while the choir reveals that the goods are vestiges of a past life, discarded and unwanted.

A blues style arrangement of “Welcome to the Jungle” contrasts the previous piece and echoes the style of VuVuZela. The next piece, “Sweet Honey-Sucking Bees” is less directly about money (it’s important not to drive a point too hard), but will get people thinking about correlations.

“Ain’t We Got Fun” begs the question of how adaptable people should allow themselves to be. After hearing another Schütz excerpt, in which Pilot can find no fault in Jesus, Siadat’s “Who Is This Boy?” brings the religiosity on which the concert hangs back down to earth by encouraging the audience to remember that all things begin small.

To end the concert, following that reflective motet, I’ve chosen to have Schutz’s Evangelist sing “Money Makes the World Go ‘Round” from Cabaret as a rousing gesture to get the audience titillated and face-to-face with the central premise of the concert. As a coda, the chorus will sing Einhorn’s pop-driven “Seven Line Supplication to Guru Rinpoche”, which asks, “please approach and grant your wisdom,” importantly, derived from a different religious practice than the Schütz.

Many of these songs are easy on the ears, and the pace of the concert moves quickly. The audience will be entertained more than they are asked to reflect, which is, after all, the goal of good marketing. The variety, however, leads them to see the issue in multiple contexts, a key part of gaining a new perspective. The placement of songs, contrasting styles and sentiments, keeps the audience guessing, and excited.

I want to create concerts that help people ask themselves questions. My own questions, which drove me to create the program in the first place, are less important than the ones that they will leave with. I try to draw on as many sources as I can to stir their thinking and excite their passions. New music often serves this role, especially when placed in the context of something familiar to the audience’s ears.

David specializes in new music, American music, and the intricacies of communication in choral singing and conducting.  In addition to leading the College Choir and Chamber Singers at Holy Cross, he is continually involved in new music productions. David has premiered hundreds of pieces over his career, and has championed long-forgotten works.