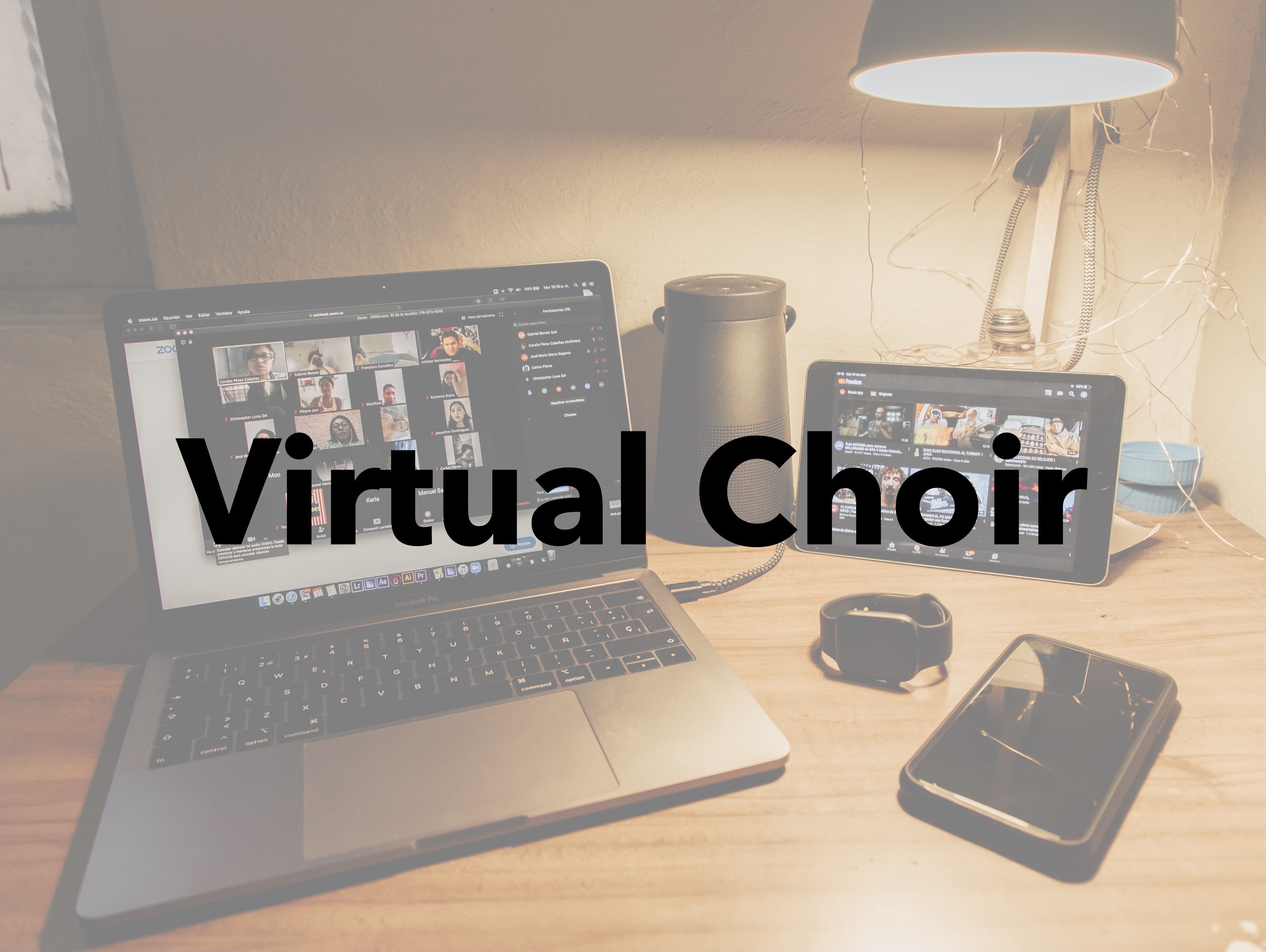 I've often cited the statistic that over 50 million Americans sing in a choir on a weekly basis, making it one of the most popular activities in the country across age ranges. Unfortunately, like almost every other industry, ours has been massively affected by the coronavirus outbreak, especially because singers are "super spreaders" of this particular virus. That means no in-person rehearsals, performances, or other gatherings.

Many choirs are now turning to alternative methods of group singing. Virtual choirs, once a rare and specialized project, have become increasingly common. Some choirs are using advanced technology to host real-time live rehearsals and performances while others are making do with readily available technology like Zoom. For most of us, this is new territory, and each of these methods present unique challenges.

I've had the opportunity to work with a number of choirs trying these different methods of remote singing (you can read my article about it here), and one thing I've learned is that certain kinds of music make working in these new mediums much smoother. Pieces that have lots of tempo changes, that rely on the stretching of certain phrases from a conductor, are difficult to put together. Choral pieces that have constant tempos and can be done with a click-track are easier for singers to rehearse and put together on their own, and thus better for virtual choir. On the opposite end, real-time remote choirs benefit from pieces that focus on sound and texture, with a free sense of rhythm and tempo, and that give creative control to individual singers.

In light of the present reality, we have curated a selection of pieces in our catalogue that work particularly well for different kinds of remote choirs. Here are some highlighted selections:

Demon, by Matt Brown — This a graphic score with elements of indeterminacy in both the pitch and rhythmic material. There are sectional divisions that usually would require a conductor’s cue, however you can easily get around this by simply having the singers record each section independently. The lack of specific melodies and harmonies also make it a great choice for real-time remote choirs.

Of all of them, by Drew Corey — A beautiful minimalist piece featuring two soloists and a cello line in addition to the standard SATB. The cello line is the harmonic backbone of the piece, and could be easily prerecorded. Singers can record their individual parts using the cello as a guide rather than a conductor track, or it can be done live with a remote choir.

O God, Thy Sea…, by Sarah Rimkus — This is a beautiful minimalist setting of a single line of text that is composed almost entirely of one and two-note cells. The text is revealed over the course of the piece very gradually, allowing the rich harmonic texture to envelop the choir and listener. Each cell in the piece is sung independently, making a virtual performance easy to record and assemble. Towards the end of the piece, sections are given longer melodic lines (still sung independently), resulting in a warm and dense texture that is a great showcase for what real-time remote choirs can accomplish.

Kyrie, by Ethan Gans-Morse — Another minimalist piece, this one operates using a few simple musical cells of different lengths, resulting in different composite patterns with each repetition. It’s extremely simple, and the repetitive nature of the piece makes it easy for singers to record on their own.

Love is Anterior to Life, by Bettina Sheppard — Similar to the aforementioned Kyrie, this short piece uses a few distinct cells of differing lengths. This piece, however, is fully notated, with clear entrances and exits for each part. The tempo is constant, meaning it can be easily done with a click track, and the modal nature of the material makes it easy for singers to learn their parts without needing the context of the rest of the choral texture.

Ceremonial Burning, by Nilo Alcala — A little trickier to put together than the other pieces on this list, this work combines two interconnected solo lines with indeterminate percussion and choir. The music contains sections that are metricized and some that aren’t, but almost all of the musical cues in the indeterminate sections come from the solo lines.

Check out the Full Selection of Pieces HERE