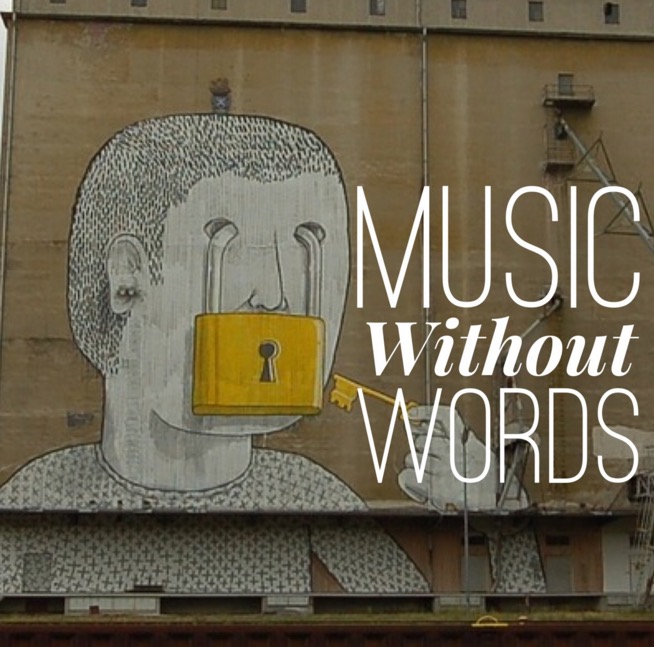 One of the biggest struggles I encounter in writing and programming choral music is finding adventurous and innovative work that doesn’t sacrifice accessibility and performability for avocational singers. One realm I’ve found particularly rich to explore is the intrinsic sound of the voice, exploring the color possibilities and techniques available to what might be the most versatile instrument available. This often takes the form of music without words, getting away from the concrete meaning inherent in lyrics, and putting focus on the diversity of sound instead.

Many composers, like Meredith Monk and Toby Twining, have spent years working with the voice-as-instrument to critical acclaim. Groups like Roomful of Teeth have garnered as much commercial success as an avant-garde vocal ensemble could hope for with their expert renditions of vocal techniques from around the world, and composers from every corner of the country are exploring more and more of what the voice is capable of doing.

Below is a sample concert program of lyric-less choral music that shares this focus. The music shows a range of difficulties, though all are quite performable for a collegiate ensemble, and many for a strong high school group. For your convenience, each piece links to where you can acquire a score, in most cases hear a recording, and see a preview. After is a brief explanation of each piece and how it fits in the program. Let me know which pieces are your favorite in the comments below!

The program starts with Monk’s powerful and short Panda Chant II. It combines a layering of short vocal phrases and body percussion that layers upon itself until it bursts and suddenly ends. It’s an effective start to a concert and catches the audiences attention immediately. This is a GREAT piece for any level of choir and is often taught to inexperienced singers as well as professionals.

The concert then takes off with Bohemian Highway, a fun, high-energy and rhythmic piece that feels a little more art-rock than traditional choral.

Besh Besh, Besh-m Sh’mo follows. This piece is derived from Bulgarian choral music and uses some of the same concepts like mixed meter, dance rhythms, and a very bright vocal sound. There are no real words in the piece; the text is entirely made up, which allows us to focus on the consonant and vowel color rather than strict pronunciation.

From here, we tone down the exuberant energy to an experimental piece, Four2, by John Cage, which is sparse and slow, giving the audience a meditative experience.

Next is the largest piece on the concert, an amazing exploration of color with a virtuosic counter-tenor solo wrapped in a grooving texture. There’s no way to really describe Hee-oo-hm-ha so I recommend just giving the first minute a listen to get a feel for it.

The first half ends with Gamelan which is a vocal representation of the Balinese percussion music tradition. It’s a lot of fun, and fairly pentatonic in nature, making the notes easy to learn. The sounds and rhythm are challenging, but in a totally accessible setting.

I’ve included an optional intermission if that flow works for your concert, and following the break, a strong change in character to the music thus far. The second half starts with a piece featuring just the women and then only the men. Tears, Apples and Stones is a slow and mournful vocalize inspired by the history of holocaust era oppression of the Jewish people in Hungary.

We then venture over to the sound-world of Pseudo-Yoik which is a fake (psuedo) version of Finnish folk music, again with no real words. The result is both impressive and comical.

The next piece, Genghis Kahn, technically DOES have words, though I wouldn’t say it has lyrics. It takes a nonsense phrase (“Genghis Kahn in 1061”) and breaks it down to its bare components, exploring the sounds of each syllable. It’s a bizarre and fascinating work.

The penultimate piece is the big cheat of the program, and actually does have lyrics. The poem is entitled Without Words (my justification for including it) and is a Chinese poem from the Tang Dynasty about nature and loneliness. It’s a beautiful but tough piece for double choir.

I don’t usually bring up my own music in these posts, but I particularly love this piece, and it has worked well in the past as a closing number. Hymn to Aethon is a heavy-metal inspired choral piece (think lots of power chords/open 5th sonorities) and is a study in the different timbres of the human voice from dark to very bright.

There are, of course, many more wordless pieces to explore, but this should give you a good starting point in your search. For the composers out there, I hope this offers inspiring ideas to pursue in your next piece.

Fahad is the director of See-A-Dot Music Publishing, Inc., a company devoted to the advocacy of new choral works and emerging composers. He is an active performer, composer, and conductor and specializes in contemporary and experimental music, particularly improvisation and the use of extended vocal techniques. He is co-artistic director and composer for the interdisciplinary music/dance company The Resonance Collective in New York, is a member of the Choral Collective of Los Angeles, and a board member of C4: The Choral Composer/Conductor Collective He is currently a faculty member, choral director, and doctoral candidate in the performer/composer program at the California Institute of the Arts.