How to Program a Concert: Planning a Full-Course Meal 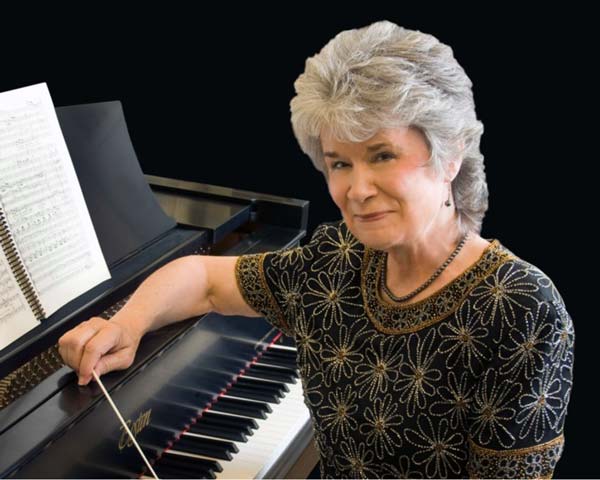 One of the most important tasks for choral conductors is selecting repertoire for their choral ensembles. The vast amount of repertoire combined with numerous considerations for selecting a program may seem at times to be an overwhelming task. Conductors need to thoughtfully review all selections under consideration to include a variety of styles, tempi, and key centers in order to increase the aesthetic experience and maintain the interest in every rehearsal and performance. Then, they need to arrange the selections creatively for overall flow, purpose, and direction of the concert. The following guidelines offer approaches to create artful, educational, and enjoyable concert performances that completely engage the audience from the moment the ensemble takes the stage until the final ovation.

1. Choose a variety of musical styles

b. A cappella & accompanied

3. Consider what can be taught with each selection

2. Plan around a theme

Musicks Empire, by Lloyd Pfautsch
(D dorian to A major, a cappella, tempi vary, style portrays the history of music)

The above program includes a variety of styles, keys, accompaniment, and tempi. I chose an historical theme with a selection from each of the periods in Music History, which is beautifully introduced by the Pfautsch selection. Both sacred and secular pieces are included as well as multicultural selections, and the flow moves from serious to light. The program can be compared to an eight-course dinner with Musick’s Empire as the appetizer, the Mendelssohn as the main course, and the Laughing Song as the dessert.

This program will be presented this fall with the New Jersey All-State Chorus. Hopefully, the singers and the audience will be fully engaged from the beginning unison pitch to the final chord.

Peggy Dettwiler is Professor of Music and Director of Choral Activities at Mansfield University, where she conducts the Concert Choir, Festival Chorus, and Chamber Singers, and teaches choral conducting and methods. She holds the Doctor of Musical Arts Degree from the Eastman School of Music in Rochester, New York.   She also has a Master of Music Degree in Choral Conducting from the University of Texas at San Antonio and a Master of Music Degree in Music Education from the University of Wisconsin in Madison. The Mansfield University Concert Choir, which she has conducted for twenty-three years, has been invited each of the last twenty years to perform at state, regional, national, or international choral conventions. In 2010, Dettwiler received the Elaine Brown Award for Choral Excellence from the Pennsylvania Chapter of the American Choral Directors Association, and she placed second for the 2011 and the 2013 American Prize for Choral Conductors at the College/University level.  Dettwiler has served as a guest conductor and lecturer throughout the country and has given presentations at numerous NAfME and ACDA Conventions.  She has produced two DVDs, one entitled, “Developing a Vocal Color Palette for Various Choral Styles” and the second, “Sing in Style.”