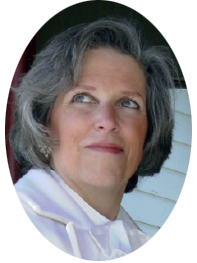 It was on the heels of our return from the invitational tour to Austria in 2008, to perform the European premiere of Randall Svane’s marvelous Mass for unaccompanied choir during the Salzburg Festival, that we decided we had to do something about the difficulty composers experience in seeking post-premiere performances. We had performed the American premiere of Mass in 2005, and had worked hard with Randall in seeking additional performances for this admittedly challenging (and wonderful!) composition. It had taken a very pro-active composer, armed with very good support and sound files, three years!

This experience had confirmed what we came to see was a well-known difficulty in the composer community: challenging as it was to secure a first performance for a new work, it was much more difficult to find groups and conductors willing to take on a second or third performance without the cachet of a premiere.

Times have changed, and in the past seven or eight years I have witnessed a growing ‘popularity,’ if you will, of ‘doing new music.’ Almost any choral group worth its salt does premieres, sponsors composer competitions, etc – and this is good!

But, what happens after the premiere?

Motivated to make a difference (if decidedly naïve as to where this would ultimately lead!), I decided we would highlight ‘the issue’ with a 15th anniversary season (2009-10) filled with post-premiere compositions. My sales-wary board was cautiously supportive; but, how to find the pieces . . . well, that was quite the conundrum . . .

A new paradigm for post-premiere evaluation and promotion is born!

Endeavoring to answer that question became the catalyst for the innovative global initiative that spawned a new model of musical interdependence between composers, conductors, and ensembles: PROJECT : ENCORE™ of Schola Cantorum on Hudson, a searchable database of choral works that have received a premiere but no significant additional performances, was officially launched in June of 2009.

The rest is history; a continually-expanding, robustly searchable database of premiered compositions evaluated by an international panel of renowned conductors of new music.

Currently accessible through Schola Cantorum on Hudson’s website the database is designed to facilitate integration of new compositions into choral programming by providing detailed information about new works, links to composer and publisher websites, sound files, and sample pages of scores. Where gaining a second performance traditionally depended on a composer’s ability to “shop” a score, PROJECT : ENCORE™ serves as a bridge between composers and conductors, and provides international exposure for premiered compositions accepted by its review pool.

Composers are invited to submit up to one composition per calendar quarter for possible acceptance, through a formalized submission process. It is free for composers to submit their work and costs conductors nothing to use as resource. A review panel comprised of well-respected conductors in the international choral community also contributes its time evaluating and, subsequently, recommending new postings from the body of works submitted.  Operational support of the resource is a gift from Schola Cantorum on Hudson to the choral industry.

PROJECT : ENCORE™ (P:E) is five years old; it’s ‘parent’ organization, Schola Cantorum on Hudson, is 20! And we couldn’t be more pleased that through P:E, many worthy compositions are making their way into the choral canon.  Our delight is compounded by the similarly innovative See-A-Dot Music Publishing’s acquisition and promotion of a number of PROJECT : ENCORE™ compositions.

Keep the creative juices flowing, composers, for you are our modern-day prophets and we need you! Conductors, come and discover fresh voices to bring to your public. We are here to stay and strive always to serve well.

Dr. Deborah Simpkin King has been deemed ‘a choral force to be reckoned with in New York and north Jersey’ by the American Record Guide. Noted conductor, program builder, artistic innovator, advocate and educator, she is increasingly active as a guest conductor, leader of masterclasses in conducting, and presenter at professional conferences. Her tenure as founding artistic director of Schola Cantorum on Hudson has seen its growth into an organization with an international reach, most notably in support of working composers through PROJECT : ENCORE™. Her commitment to ‘giving back’ has lead her into leadership positions with the New York Choral Consortium and within ACDA, as 20-year continuing Coordinator of the High School Choral Festival in New Jersey. Her mission within her broad spectrum of professional activity is to deepen and enliven the human spirit through music.